Debbie Clement has over 25 years of experience as a ‘music-lady’ having written and recorded over 100 original songs for children. She has provided
staff development on the Arts from coast to coast at conferences large and small. Her humorous and invigorating presentations have garnered three
national Keynote stages, including Vegas and the Jumbotron screen for a gathering of international Kindergarten teachers. In addition, she has toured
internationally to our military bases across Europe.

Debbie has now taken four of her original songs and transformed them each into traditional picture book format adding the hats of both author and illustrator. Her books are quite often sung first by pre-readers and then they provide a bridge to reading.

Ms. Clément's first book “You’re Wonderful” is a treasured anthem of self-
esteem. Debbie used bold graphic fabric non-representational quilts for those
illustrations. “Tall Giraffe” is an exquisite nonfiction work with African
photographs surrounded by African batiks. The lyrics rhyme and scaffold upon one another and have a foundation built on haunting African drumming. “Red, White and Blue” is a patriotic song-as-book and often follows the recitation of the Pledge. The song was written in the immediate aftermath of September 11. The book’s illustrations are Debbie’s representational quilts including majestic purple mountains and a 9-11 firetruck. It received the national ‘Indie Book Award of Excellence.’

“Mighty Wings” is the culmination of Debbie’s career. It is a scientifically accurate, STEM/STEAM extravaganza of color dedicated to the conservation of the Monarch butterfly. The two original songs within the book follow the Monarch from metamorphosis to migration. It has already received 5 Stars from ‘Reader’s Favorites’ within the first few months since publication. A huge hit with those interested in protecting this beloved ambassador insect and our larger planet.

​Debbie Clement is quite simply, ‘changing the world, one song at a time.’ 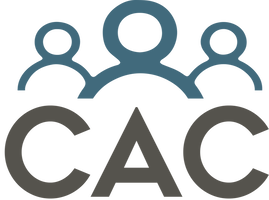